About once a month someone comments to me that they, “Wish it would all just go away.”  What they are referring to, of course, is Social Media.  The average person saying that to me has an inactive Facebook account and has never been on Twitter, Pinterest, or Instagram.  They have an aging flip-phone cellphone and get the newspaper delivered to their door.  The words “Digital Revolution” cause a sigh and possibly a headache.

I can’t blame them.  No one likes change.  There are members of my family who still think the microwave is a nuclear device created by madmen.  But the sad fact is, like the people a century and a half ago who swore the car would never 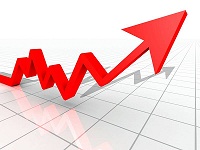 replace the horse, these people get left behind.   They miss one important fact:  people are doing new things because they are having fun doing them.  Yes, fun.  Facebook, Twitter, Instagram, Pinterest and many smaller Social Media sites are fun, informative, and sometimes integral to our lives.  Twitter now has 500 million registered users.  Think that’s a lot?  Facebook passed the 1 Billion user mark in September 2012.  And yet Social Media still has tremendous growth potential in North America alone.

Don’t get frustrated with family and friends who don’t “get” Social Media.  They don’t have to.  But when they do, get ready to help them and get ready to hear some complaining. Change isn’t easy, but it is integral to survival.