One of the more exciting aspects of Social Media marketing is the opportunity to be creative. Social Media campaigns do not have to follow the tried and true nature of newspaper ads, or time on the radio.

You can, and should, play around with the media and the message.  Ideally, your media should be eye-catching and your message memorable. Both should echo the tone and branding of your company image. That last part is important because you want your audience to associate your company with what you said, and do so in a good way.

Super-bowl ads are usually eye-catching and amusing but CBS News recently released a report saying they were not worth the money. Why is that? Because people often remembered the joke in the ad without remembering the advertiser. It doesn’t matter how funny you are if your ad is not effectively bringing in more business.

Take this case in point. An educational entity that taught school-aged children about pioneer times had a vision. They wanted to get more parents and teachers to bring children there on vacation or field trips. So they based their campaign on zombies. You may be surprised. I know I was.  But the thinking went that this would create a lot of shares and buzz. So they spoke of pioneer survival skills and how well pioneers would fare against zombies. Guess what?

If you said, no shares, no buzz, you are right. It was not clever enough to really catch on, and in no way did that campaign convince teachers that this field trip destination was any better than any other. 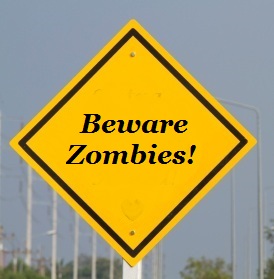